So what’s this dichroic glass anyway? 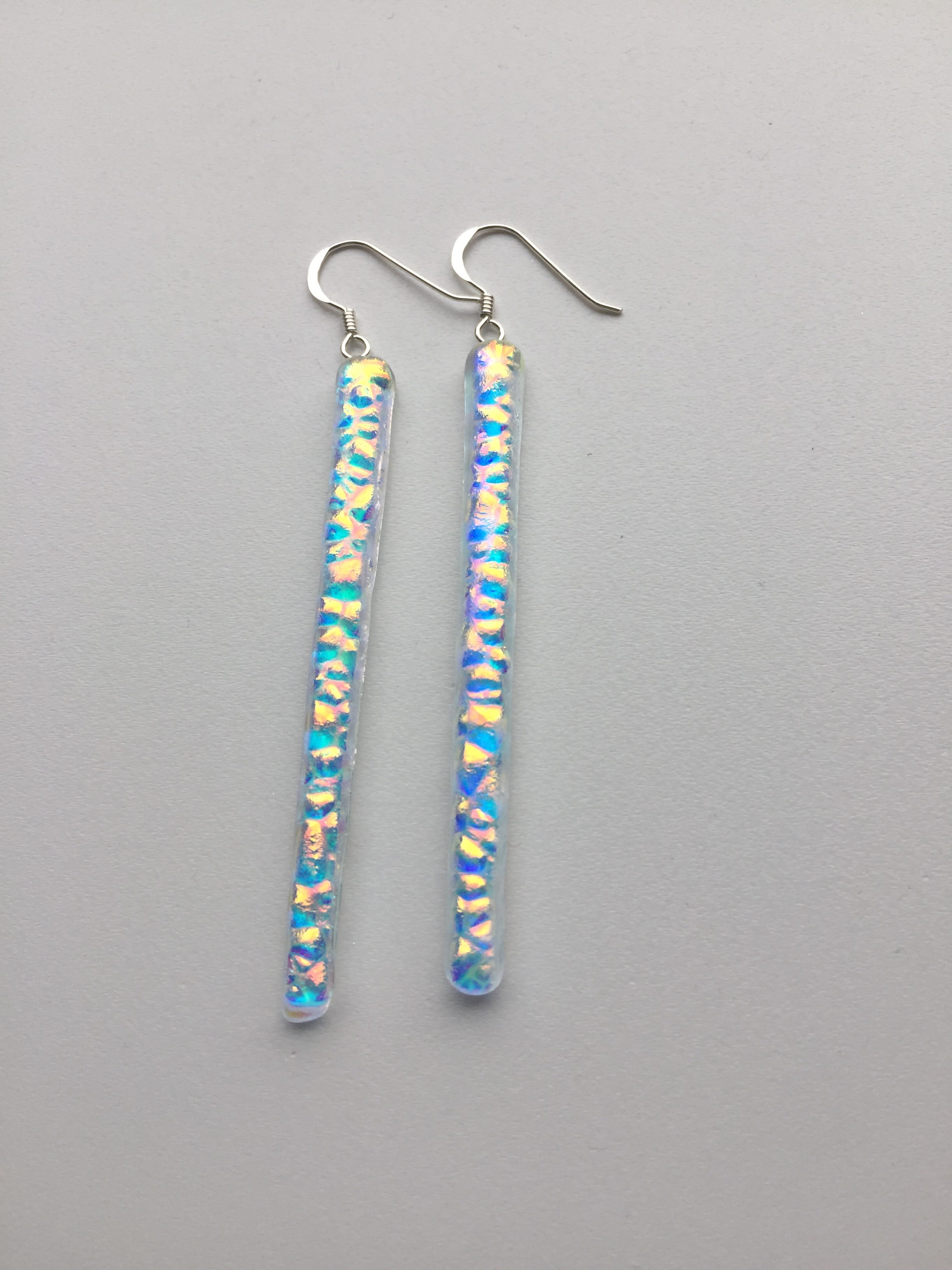 So what’s this dichroic glass anyway?

So what’s this dichroic glass then?
Well in short it is an amazing material, which when viewed from varying angles, has colour changing properties leaving it with an endless amount of creative possibilities for any glass artist!
The long version ☺
Dichroic (die-crow-ick) or dichro for short simply means two coloured. The word  is taken from the Greek words; ‘di’ meaning two and ‘chroma’ meaning colour. (you can see the two colours appearing in the image of the earrings).
The glass appears to have two colour ways and varies depending on the angle at which it is viewed. This makes it especially tricky when photographing as the camera never really captures the true appearance because of the way the light is reflected.
The glass is not reflective in the same way as normal glass. It has a special coating which is produced by stacking layers of glass and metals or oxides, this then gives the glass the shifting colours when viewed from a variety of angles. The appearance is the same as the rainbow pattern in bubbles or the variety of colours seen in dragon fly wings and the rainbow effect of oil on water. (Known as thin-film physics/ optics).
Dichroic glass was first developed by NASA for the space industry for use in the satellite mirrors and re-entry tiles on the space shuttles during the 1990’s.
Not long after,  dichroic glass became available to the wider market and the results have been beautiful items of wearable art and art glass ever since!
There are only a few manufacturers of dichroic glass (due to the complex process and techniques involving vacuum chambers and high temperature kilns), who need to vapourise (sounds like something a super hero would do doesn’t it?!) metallic oxides such as gold or silver, or oxides of metals like titanium, chromium, aluminium or magnesium, which are vaporised by an electron beam in a vacuum chamber. (Definitely super hero stuff).
Once vapourised the floating dust then settles onto the hot glass inside the vacuum chamber; the process can involve several layers depending on the final appearance of the glass required.

Once this process is completed the sheets of glass are then distributed to the various suppliers and then onto wonderful glass artist like myself!

So ye, my glassware truly is rocket science !

Tell me, if you could have anything made in glass, what would it be?