Show me you love me!

Show me you love me!

Show me you love me…

We all want someone to show us how much they care and how much we mean to them right.?

I recently made a beautiful piece of silver jewellery with dichroic glass detail that was engraved with the wording Inter Mutanda Constantia. The gorgeous heart pendant was finely crafted from PMC which when fired becomes stirling silver. 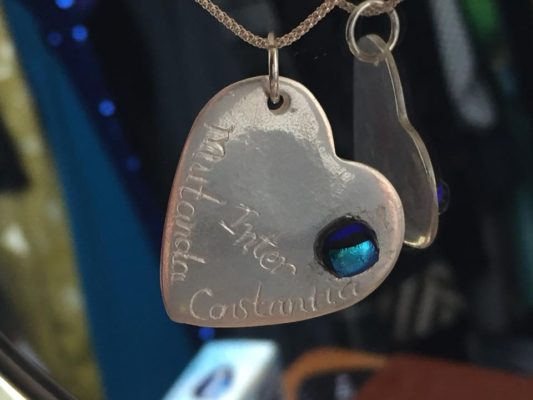 Mike had approached me back in October to work on something special for his wife. He wanted to show her that after all this time , (25 years), she still meant the world to him and that she was something special. He knew that the best way to show this was by choosing something bespoke and handmade.

We worked together over the months and after several phone calls, and ideas and lots of looking at which way to go with the work, Mike decided that he would really like something in silver to commemorate their 25 years and silver anniversary together.

I suggested including a piece of glass to make it even more unique and Mike chose the beautifu latin inscription again to show how much Penny means to him.

Mike and I decided that this would be the best present for her and it would include her favourite colour, I then set about making all of the work for the piece of glass and then the silver.

The process is a lovely one which involves rolling pins and playing cards…yes really! 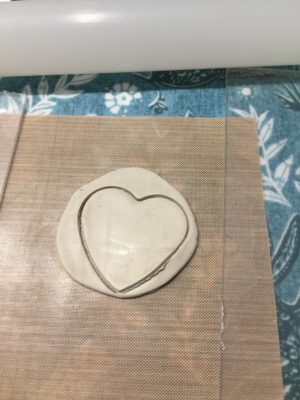 silver clay rolled and cut out to size

When the piece has been formed into literally any shape you want, it can be fired in a kiln in much the same way as my glass is. I love working with this material because it adds an extra dimension to the piece. Whilst unfired the clay is much like ordinary clay, when it dries it is just as brittle and will break easily. Once fired you have a beautifully sturdy piece of silver, (after much buffing and polishing and plenty of elbow grease). 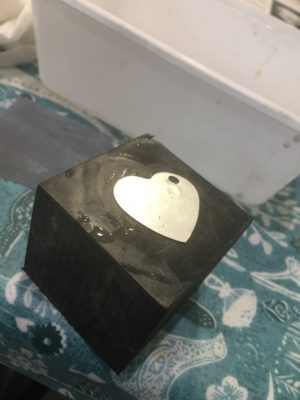 Now it’s all sparkly and finished Penny has been given her unique piece and knows that Mike really has thought about a special gift for her…and how much he loves her. 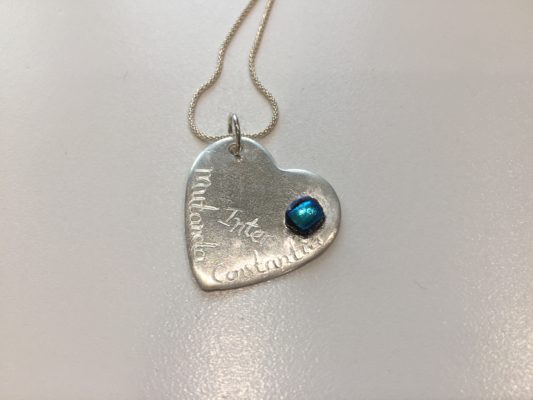 So what do YOU think?

I’d love to hear what you would have captured in silver and glass and for what special occaision?