Where were you 5 years ago? 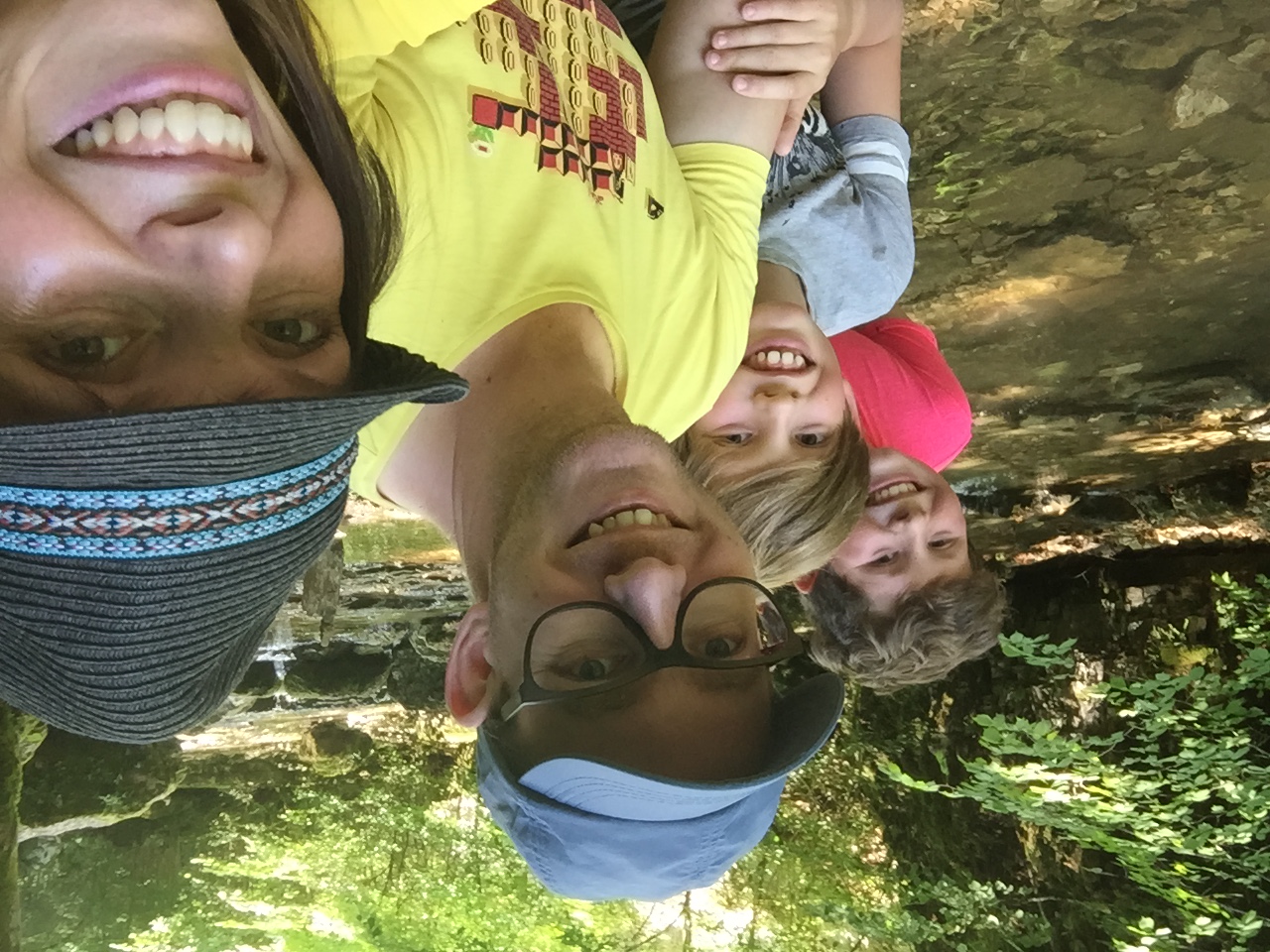 Where were you 5 years ago?

Your mindset is everything.

Where were you 5 years ago ?

What were you doing? What were your plans and have you achieved them? How has your mindset changed?

Five years ago today I arrived in the UK with my two boys. My mindset was clear as the glass I’m so passinate about.

I’d made a decision that changed our lives.
I was scared, frightened and feeling guilty about the choice I had made but I was determined that we were going to be successful in our own way.

In July 2013 the plane landed at Birmingham airport. Frightened, nervous, yet excited for the future I moved myself and my boys back into the home of my parents. The same room that I had grown up in was now my home to everything I owned. We had arrived with 2 suitcases, no friends and nowhere to live but with my parents for the meantime.

I arrived back at the home weighing 7stone wet through, worried about what was ahead of us and how we would be judged.

Believe me there were a lot of harsh critics out there. Most of them from the most unexpected of people, judging, criticising and throwing stones at every opportunity. It was tough to keep smiling through it all.

But I knew deep down that the decision I made was best for me and for my boys. My mindset was clear.  To look after my own physical and mental health I had to do what I had done. Thinking about what life would have continued to be like had I stayed in The Netherlands filled me with fear and dread.

Despite the constant pangs of guilt and putting pressure on myself as well as the pressure from others, I knew that this was the best way for me to move forward and ultimately the best decision for my children.

I came back to the UK having left my marriage and family home in The Netherlands .I knew for us life would never be the same again. Nor that of my parents  😉 what we all thought would be 6 months of living together turned into 4 years!!

It was a time filled with ups and downs, more times up than down. It was also an immense time of more learning. Personally , financially and in business.

as the the song says  I just neeed to Let it go and not let thing hold me back anymore.

I’d left all of the things I loved behind and many people that I loved too.

To stay true to myself and all that I valued I moved countries to be happy.

My parents did everything they could (and still do) to ensure that we are looked after in the best way that they could.

I took a job locally in the slot machine, gambling pit in the centre of town.
A dead end job but the beginnings of building our future were there. I got to know many of the habits that people have and what drives them to gamble and how some of them moved from one form of gambling to another; winning on the bingo then coming over to the slots, then moving to the pub for the fruit machines.  An interesting insight into the psychology and behaviour of an addict.

A few months later, whilst searching the jobs online I came across a new job, it seemed perfect. Working in a local company helping them with their sales.
I learnt a lot about my strengths and where my weaknesses were.
Strengths were in my ability to smile through the cold calling and ignoring the snide comments at the other end. I became a cold calling ninja! Something I do with a smile on my face that most people dread and fear. Calling someone they don’t know and asking for business. Most would rather have their toenails pulled!

I also learnt that despite management being in charge of a business they could easily manipulate the position they were in and abuse their position.

My weakness allowing myself to be put in a position I didn’t enjoy.

Soul destroying as it was it suited my needs at the time.
My boys were still young and needed their mom more than ever, a mom that was there to take them to school on time and collect them on time. A mom that was always there for them. It enabled me to be in a position to collect them and not rely on others or the crèche to take care of them.
Pay was minimum but it meant that I was building our future.
The dream that we would one day be a family in our own home was becoming a reality

Naively I had believed that buying a house would be easy, after 6 months I would be able to own a house that we would call home. However the computer said no. I needed to be employed for at least 3 years or self employed for 5.

So staying in the soul destroying job it was, but the positive was I was always there for my boys and I could switch off at 2.30 pm and not think about the work until the next day

I saw how lucky I was to be working, to be earning money, saving money and getting ready for our future. I flipped my mindset on its head and was grateful everyday for the money banked and the opportunity to be there always for my boys. After all they were the reason I had done everything I had done until now.

The important lesson for me was that if I wanted to get anywhere and especially if I wanted to become anything I had to keep repeating the boring things daily. Turning up at work to be able to apply for the mortgage, had to be done daily.

It was a choice, be self employed for 7 years or employed for 3 years to apply.
Knowing I was on a route that would achieve the mortgage quicker I held out.

I set up a small studio at my parents with the help of my dad and new partner. I carried on making glass from my beloved blue shed, attended craft fairs, built a website, did Facebook live sales and built up my glass business knowing that eventually I would be where I wanted to be. This was ina home of our own and running my glass business. I followed everything I could online and invested in different courses to learn different business techniques and also invested in the most important thing, me. I put my own oxygen mask on first and had help with NLP and timeline therapy with the fabulous Chris Clarke.

As I sit here on holiday with the family I now have, my partner, ( who has been unwavering through everything and luckily also loves glass) and my 2 fabulous boys, it’s given me the chance to sit back and look at how far we have all come. How much we have learnt and how we are constantly improving and using those lessons to achieve what we really want together.

And remember like anything, if you want it to be a success, whether in business, health or with your family, be consistent and repeat the positive daily actions that will move you to where you want to be. Keep your mindset at its best by reminding yourself of you have done.

I know that by repeating particular actions daily, they are moving me forward in both my business and my personal life and we will soon be at the next stage of where we want to be. Life is after all what you make it and if you want anything, be prepared to take on those actions and check in on your mindset.

How often do you take time out to reflect?
Let me know all you have achieved in the last 5 years. I bet there has been so much when you stop and think.

Wishing you all a crystal clear reflective time and a happy summer holidays.